Letters are not case-sensitive
Send
The conflict in Syria is the “worst man-made disaster the world has seen since World War II,” the United Nations human rights chief said, calling for an end to all tortures, executions and unfair trials, and at the very least, for the names and localities of people held in detention or information about where they are buried.

“Today, in a sense the entire country has become a torture-chamber: a place of savage horror and absolute injustice,” UN High Commissioner for Human Rights Zeid Ra'ad Al Hussein told a high-level panel discussion at the Human Rights Council on the situation of human rights in Syria.

The entire conflict is “this immense tidal wave of bloodshed and atrocity,” Mr. Zeid said.

The High Commissioner said that he had recently met with a group of Syrian women whose relatives had been detained or are simply missing. Their relatives are among the “countless people” in Syria to suffer arbitrary detention, torture, kidnapping, and enforced disappearance.

The Office of the High Commissioner (OHCHR) has been refused access to the country, and no international human rights observers are admitted to check on sites where “very probably tens of thousands of people are currently held,” Mr. Zeid said.

Despite a limited access, OHCHR is working alongside the Commission of Inquiry to collect and analyze evidence, building up the basis for criminal proceedings against individual perpetrators.

In his statement, Mr. Zeid noted that the conflict started with torture which spawned “rebel movements, fueling violent extremists and setting the stage for a regional and proxy war.”

Nearly 6.3 million people have been displaced and an additional 4.9 million people – mostly women and children – were forced to seek refuge since 2011, according to UN figures.

His comments come as the conflict in Syria is entering its seventh years, triggered on 15 and 16 March, 2011, when authorities clamped down on demonstrations in Damascus, setting off massive anti-Government protests.

Mr. Zeid called also for “ensuring accountability, establishing the truth and providing reparations,” if Syrians are ever to find peace and reconciliation. 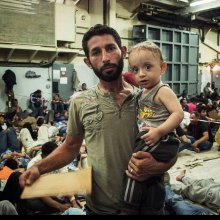