Letters are not case-sensitive
Send
Protecting cultural diversity is vital for peacebuilding in the Middle East, the head of the United Nations cultural agency said, pledging solidarity with the victims of ethnic and religious violence in the region, and highlighting the need for both ‘hard’ and ‘soft’ power.

Irina Bokova, the Director-General of the UN Education, Scientific and Cultural Organization (UNESCO), made this call at the Madrid Conference, hosted by the Ministry of Foreign Affairs of Spain. The conference is a follow up to a open debate in the UN Security Council and the Paris Conference on the victims of ethnic and religious violence in the Middle East.

Citing the ongoing cultural destruction and the dramatic situation of persons belonging to communities targeted and threatened for ethnic or religious reasons in the Middle East, the UNESCO chief said: “Violent extremists target both heritage and human lives – they target victims and minorities from all backgrounds, Shebak, Turkmen, Yezidis, Muslims, Christians…, as symbols of the pluralism they abhor.”

"Violent extremists target schools, because they know the power of knowledge to counter their rhetoric drawing on false visions of faith and history, they destroy culture, because they know it can foster dialogue and help people live together in their diversity," she added.

The aim of the Madrid Conference is to examine actions taken and determine most urgent priorities, as well as identifying programmes, projects and actions to enable displaced populations to return and to foster reconciliation and stabilization.

At the conference, Ms. Bokova also highlighted the role of the international community in tackling the complex issue. “We need ‘hard power to respond, we need ‘soft power’ to prevent, through education, culture and information,” she said. “This is the role of UNESCO and the goal of the United Nations, its Counter-Terrorism Strategy in support of Member States.”

The Director-General went on to note the importance of teaching peace and providing people with the skills to overcome mistrust and division, and to build dialogue. This underpins all of UNESCO’s action to prevent violent extremism through emergency education and the protection of heritage. 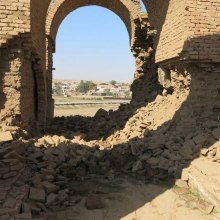 Tolerance is a commitment 'to seek in our diversity the bonds that unite humanity' – UN diversity ,UNESCO ,human rights