Letters are not case-sensitive
Send
Highlighting the challenges confronting the protection of millions of children, many of whom are separated from their families as they flee wars and persecution, the top United Nations refugee official called for prompt action to stave off the risk of losing an entire generation.

“[Children] are exposed to criminal smugglers and traffickers. The fact that they often have no protection – even from people traveling with them – exposes them to all types of exploitation,” said UN High Commissioner for Refugees Filippo Grandi, opening his Dialogue on Protection Challenges in Geneva today.

“We cannot accept this. We need to fight back, we need to find ways to address this situation,” he stressed.

According to Mr. Grandi’s Office (UNHCR), children account for 51 per cent of the total 21.3 million refugees around the world and many of them end up in detention facilities, that can have a serious impact on their physical and mental health as well as their life-long development. They also miss out on years of education as a result of displacement.

Children are also particularly vulnerable to sexual and gender-based violence, exploitation and the risk of statelessness.

In his remarks, High Commissioner Grandi recalled the commitments made by UN Member States this past September UN Summit for Refugees and Migrants and called on them to ensure that refugee and migrant children are protected.

For instance, in the New York Declaration, the Summit’s outcome, Heads of States and Government reaffirmed their “commitment to protect the human rights of migrant children, given their vulnerability, particularly unaccompanied migrant children, and to provide access to basic health, education and psychosocial services, ensuring that the best interests of the child is a primary consideration in all relevant policies.”

Mr. Grandi further stressed that the detention of children to determine their migration status must stop and called on all States to document all child births in their territory to prevent and reduce the risk of statelessness.

He also called for timely solutions for children and youth – including expanding “legal pathways” such as resettlement opportunities and increased family reunion, as well as quick access to quality education.

Participants at the forum, some of whom had fled their countries as small children, welcomed the steps suggested by the senior UN official.

“Empowering young people so that, when they go back, they have the skills, the abilities to rebuild their countries [is] very important,” emphasized Joseph Munyambanza who had fled the Democratic Republic of the Congo when he was just six years old, accompanied by his older brother.

Children on the Move is the theme of this year’s two-day annual High Commissioner’s Dialogue on Protection Challenges. 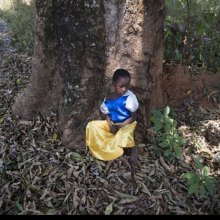