Letters are not case-sensitive
Send
Following the approval of general outlines of the clean air bill on October 23, 2016, Majlis (the parliament) has tasked responsible organizations and executive bodies with combating and eliminating air pollution.

Given the persistent and choking air pollution causing great discomfort to people living in metropolises, the Department of Environment proposed the clean air bill. MPs have been debating various articles of the newly adopted law for some weeks now.

Mandated by the Majlis, the National Standards Organization is required to impose restrictions on low quality fuel import into the country and production of poor quality fuel in Iran. Additionally, the Oil Ministry is bound to supply high quality fuel meeting national standards within three years after the law goes into effect.

Both organizations are required to provide reports on their progress every six months.

Next, the Energy Ministry has to pledge to generate at least 30 percent of the increased annual electricity demand of the country from renewable resources. The ministry is also required to provide the water right of the rivers, lakes, and wetlands in regard to the precipitation levels.

Meanwhile, the Meteorological Organization has been tasked with developing and setting up early warning systems for dust storms within two years after the law goes into effect.

In order to fulfill plans to fight desertification, the Forests, Range and Watershed Management Organization is obligated to combat desertification by land-use planning of 300,000 hectares of ecologically fragile ecosystems annually. The administration is in charge of funding the project.

And last but not least, the administration itself is at the helm of seeking and fostering regional and international cooperation to abate dust storms and the loss they inflict upon the country.

On the same subject just recently Majlis has also authorized the Department of Environment to shut down pollutant industries worsening the effects of air pollution in metropolises and decreased the vehicle inspection five-year interval to four years. 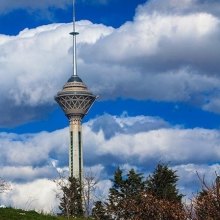 On International Day, UN cites 'duty of care towards the environment' in peacetime and during conflict pollution ,human rights ,Environment