Letters are not case-sensitive
Send
nstead of denying responsibility, Myanmar should put the safety of people in the border area at the forefront. There is a reason why the use of antipersonnel landmines is illegal: they kill and maim indiscriminately and can’t distinguish between fighters and ordinary people. Tirana Hassan, Amnesty international's Crisis Response Director.

Two new landmine incidents a few days ago, including a blast blowing off a young man’s leg, bring to three the number of known sites where Myanmar authorities have mined border crossings used by Rohingya fleeing violence, Amnesty International said.

“All indications point to the Myanmar security forces deliberately targeting locations that Rohingya refugees use as crossing points. This a cruel and callous way of adding to the misery of people fleeing a systematic campaign of persecution,” said Tirana Hassan, Amnesty international's Crisis Response Director, who is currently on the Bangladeshi side of the border.

“This offers further evidence that this is not a problem that is going away on its own. Myanmar’s authorities must immediately end this abhorrent practice and allow demining teams to access its border areas.”

The new blasts took place along a border where the United Nations estimates 290,000 Rohingya fleeing violence have crossed in the past two weeks. Locals say they frequently see the Myanmar security forces patrol the area.

The Myanmar Army is one of only a handful of state forces worldwide, along with North Korea and Syria, to openly use antipersonnel landmines in recent years. The weapons were banned by an international treaty in 1997.

On 8 September, Amnesty International confirmed that the Myanmar security forces had planted mines along the northern part of its border with Bangladesh on two busy paths near Taung Pyo Let Wea [known locally as Tumbro] where many Rohingya fleeing violence pass through. At least three people, including two children, were seriously injured, with all blasts taking place along heavily travelled roads.

“UN experts must be allowed to investigate the widespread and systematic violations that have taken place in Rakhine State, including Myanmar’s use of banned landmines. Those responsible should be held to account.” 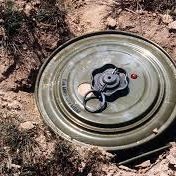