Letters are not case-sensitive
Send
On the occasion of the International Day in Support of the Victims of Torture, an event was held on Sunday, 28th of June by the organization for defending victims of violence (ODVV) at Tehran Peace Museum, with the following theme:

‘’the Right to Rehabilitation for Victims of Torture to Return to Normal Life’’.

According to ODDV’s public affairs, the participants first visited the museum, UN secretary general’s statement for the international day in support of victims of violence was then read. Then, the event was followed by Siavash Rahpeik’s speech, the director of ODVV. Two other speeches were also delivered on the rehabilitation of the victims of torture.
ODVV’s director said: 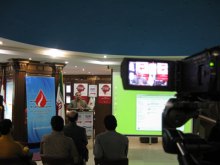 “International Rehabilitation Council for Torture Victims (IRCT), which our organization is a member of, has emphasized on the right to rehabilitation for victims of torture.”
He furthermore expressed: “In the modern world, despite all in place laws, regulation and treaties, and the improvement and progresses that has been made, I regret to say that we still witness new faces of violence and inhuman torture in the world. From Guantanamo bay to abu ghraib. It seems to me that all this can be explained in one phrase: “modern ignorance”.

Siavash Rahpeik hoped for a better tomorrow in which we live in a world away from poverty, violence and discrimination. This can only be achieved through the help of governmental and non-governmental organization along with everyone else who can take a step towards this goal through education, training, etc. to lower the suffering of heinous acts against human beings.

Parts of the message declared by United Nations Secretary-General Ban Ki-moon are as follows: 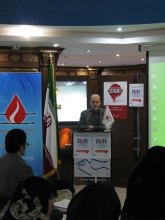 “…the United Nations calls on the world to stand in solidarity with all affected people as well as their families and communities. We join our voices in a resounding cry against such abhorrent and inhumane practices.”
“Victims of torture have the right to compensation and rehabilitation. They also deserve and have the right to know the truth. That is why it is so critical to investigate instances of torture, identify the perpetrators and bring them to justice,” the Secretary-General added. “I thank States and private donors supporting the Fund, and I urge others to consider making a contribution.”
“Let us use this International Day in Support of Victims of Torture to mobilize help for them and action to prevent future cases. Assisting the affected individuals and stopping this crime will benefit whole societies and our collective future,” Mr. Ban concluded.
Also, in this event, Dr. Mirzaayee, a university professor, delivered a speech on “Rehabilitation of Victims of Torture” and stressed that psychotherapists who are involved in working with victims of torture, need to have a very good knowledge of supportive, narrative and cognitive-behavioral techniques of therapy.
He described three therapy and rehabilitation approaches adding the point that considering the UN theme for 2015, we need to have more commitment to our job as therapists in charge of rehabilitation of victims of torture and violence and help the victims to return to their normal life and experience a feeling of hope, happiness and security.
Dr, Khaaji, the next speaker, emphasized on the necessity of ending the forbidden and heinous phenomena. “Even though, making legislations against torture and implementing the conventions is essential but it is not enough for the prevention of torture”, he added. 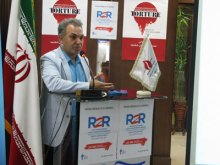 He further expressed the importance of promoting humanitarian values in order to prevent any cases of torture. According to him, “despite the existence of all preventive international laws and instruments, we sadly witness cases of torture around the world, therefore we need to prevent torture through promotion of ethical, spiritual and humanitarian conscience.
The event was concluded by reciting the Oath of Peace by all participants. 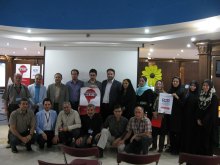 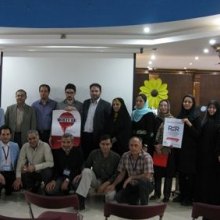 On the occasion of the International Day of Families, a specialized meeting took place on the family influence on one’s self-damage and growth rehabilitation ,Ban ki-Moon ,international day ,Organization for Defending Victims ,odvv

Technical Sitting on Prevention of Violence in the Family Held on the Occasion of the International Day of Families Secretary General ,violence ,international day ,odvv