On March 7th, 2019, on the sidelines of the 40th session of the Human Rights Council, a side event was held at the UN headquarters in Geneva on "Unilateral Coercive Measures and Human Rights Violations". The event was organized by the Organization for Defending Victims of Violence (ODVV). Mr. Idriss Jazairy, the UN Special Rapporteur on Unilateral Coercive Measures, Grigor Mallard, a Geneva University lecturer, Ruhollah Nasrollahi, a Ph.D. Student in Oxford University, as well as Peyman Raoofi, a Psychologist from Beverly Hills and former chairman of the Child Foundation (USA) were the speakers of the event which was chaired by Dr. Hassan Fartousi, an international law researcher at the University of Geneva.

The UN's UCM Special reporter as the first speaker explained that the United States has announced “the sanctions would be the worst in history” adding that when SWIFT is sanctioned the transfer of humanitarian goods would be hampered therefore the measures lead to civilians’ death. Mr. Idriss Jazairy also reiterated on the chilling effect of sanctions as a major problem explaining that sanctions create a climate of uncertainty and will prevent companies from trade with sanctioned country due to fear of being subject to heavy fines.
He added that the EU and the developing countries did not accept the extraterritorial sanctions and invented the INSTEX to continue trade with Iran, but it is not clear that companies using this system would not be affected if they have any dealings with the US. Of course, it might be possible to find companies that are not interested in trading with America and have a business relationship with Iran. The United Nations UCM rapporteur continued to express concern over Iran's extraterritorial sanctions and compared Iran's conditions to an economic blockade, and affirmed that in order to protect the civilian population under blockade, Four Geneva Conventions should be applied, adding that sanctions outside the UN system are both illegitimate and illegal, therefore, Europe also considers these sanctions unlawful.
The Special Rapporteur repeated his previous recommendations on sanctions calling on the General Assembly to ask the International Court of Justice for an advisory opinion on sanctions, suggested that the UN Secretary-General appoint a special representative on sanctions and proposed that a working group be created to work on sanctions. Finally, Mr. Idriss Jazairy complained on the weak role of international nongovernmental organizations in the field of sanctions saying that powerful NGOs have so far refused to take any steps to support sanctions victims.

The next speaker, Dr. Mallard of the University of Geneva explained that Banks do not want to work with Iran, because they are afraid of American retaliation. He provided an explanation on the role of SWIFT or interbank system in trading and added that the Europe SPV or INSTEX is a technical solution that helps companies work without needing OFAC licenses as long as they are exchanging humanitarian goods. He added that if INSTEX is going to be used for non-humanitarian items such as oil, then the technical solution will face challenges.

The next speaker was Rohallah Nasrallahi, a Ph.D. student of Oxford University. He offered a description of the way the sanctions affected medicine and medical equipment focusing on the situation of The long list of sanctions imposed by US OFAC against Iran apparently did not cover medicines or medical equipment. However, the mechanism of the sanctions is such that they affected all aspects of the life of Iranian people. He added that the main obstacle to the exchange of medicines and medicines is the lack of access of Iranian companies to the Interbank Swift Network. Pharmaceutical companies avoid any exchange of products with Iranian companies because they are under a serious US threat due to secondary sanctions. Sanctions have led to several problems, including a lack of specific medicine, increased the cost of medication and medical care, the lack of import of high-quality medicine, the black drug market, and so on.
Nasrollahi, referred to multiple problems of thalassemia patients in Iran, explaining that 23,000 thalassemic patients are directly affected by sanctions because the main producer of Desferal, is a Swiss pharmaceutical company that has faced challenges importing its products to Iran the last year. Therefore, the patients have multiple problems including the scarcity of high quality medicine and Increased drug prices. Finally, he emphasized the need for special attention to humanitarian items in Iran and suggested the Human Rights Council to establish a central register for documenting the human rights abuses of unilateral measures. He added that the sanctioning states are committed to taking responsibility for humanitarian dimensions of unilateral measures.

The last speaker of the meeting was Dr. Peyman Raoofi of Child Foundation. He said that when administering humanitarian assistance to a sanctioned state, non-governmental organizations and non-profit organizations should act in accordance with the provisions of the Ombudsman and obtain permission. After obtaining the license from the Treasury, transfer of money to Iran is a serious challenge. Raoofi added that the goal of the child foundation is to help children go to school. The Foundation runs various programs to support children in the United States and abroad. Child Foundation children are supported in partnership with local charities. Over the years, the Child Foundation has helped children in Afghanistan, Indonesia and Nepal. Iran has been the main focus of the organization support. The Foundation has received OFAC license, however, American and international banks refuse to conduct banking transactions with Iran. 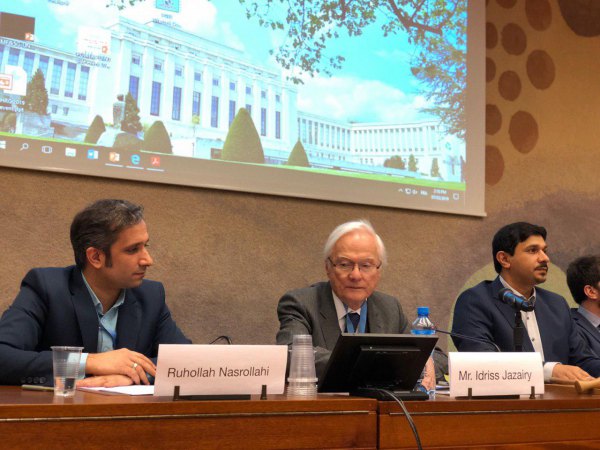 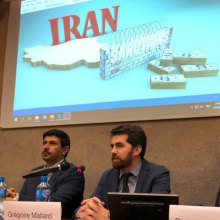 Active participation of the Organization for Defending Victim of Violence in the 29th session of Human Rights Council odvv ,geneva ,human rights ,violation

ODVV Holds Panel on the Violations of the Right to Food in the MENA Region odvv ,violation ,Human Rights Violations ,geneva