Letters are not case-sensitive
Send
The rise in the unilateral behavior of some governments has created obstacles in the way of the sustainable development goals more than ever.

The Organization for Defending Victims of Violence alongside 10 other Iranian NGOs with ECOSOC Consultative Status, released a written statement to condemn Unilateral Coercive Measures and its negative effects on achieving sustainable development goals. This statement has been provided for the ECOSOC High Level Segment which will be held from 14 to 17 July 2020 at the UN Headquarters in New York. Here is the full text:

The undersigned NGOs of this statement while expressing their deep concern on the challenges in the way of the sustainable development goals, declare that in spite of the efforts made by international organizations and civil society institutions, still a notable part of the world’s population is suffering from poverty and inequality. Serious daily threats are increasing against the health of people in new and uncontrollable forms. Gender inequality and unemployment are increasing on a daily basis. Natural disasters, destruction of the environment, and climate change are the biggest challenges of the current century. Terrorism, extremism, refugee crisis and migration are sharply on the increase.

In addition to all the challenges, the rise in the unilateral behavior of some governments has created obstacles in the way of the sustainable development goals more than ever. Unilateral coercive measures, violate the UN Charter, prevent the efforts of some countries towards development and blatantly show the lack of commitment of unilateral policies to international obligations.

In spite of the agreement of all countries in 2005 on the “leave no one behind” principle and their commitments to the 17 sustainable development goals of the UN General Assembly Resolution A/RES/70/1, we are witnessing the use of unilateral coercive measures. These sanctions which recently have been increased and become more comprehensive in a form of economic war and economic blockade, threaten all fundamental human rights, MDGs and SDGs , particularly eradication of poverty, protection of the right to health, the right to education. Unilateral coercive measures have put serious restrictions on the development of countries and reduce targeted countries’ share of international development. 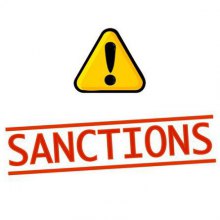