On the occasion of the International Small Arms Destruction Day (9 July), as a nongovernmental member of the International Action Network on Small Arms (IANSA ) on 10 July 2021, the ODVV held a technical sitting in its assembly hall with the participation of experts and university academics. The aim of the commemoration of the International Small Arms Destruction Day which was initiated by the United Nations in 2001 in 2001 is to make the public aware of the ever growing dangers and threats of the use of small arms in society, declaration to the government regarding the importance of destroying surplus weapons as a key measure to reduce illicit arms flows and also review ways to control small arms in society and reduction of the dangers and threats to the public. Unfortunately the use of small arms within society brings about heavy costs to people and in the last few months we have witnessed the use of illegal small arms, even in family disputes has resulted in the killing of a number of our fellow countrymen and women.

Furthermore, illicit firearms are often catalysts and elements that aggravate the impact and harm produced by other crimes, including violent crimes, drugs trafficking and terrorism and threat against human safety and social stability, an issue which is followed by heavier punishments and sentences, and more problems for Mankind, and increases the complexity of the problem. For this reason and in the light of the achievement of the Sustainable Development Goals, and urgency for the reduction of illegal weapons, the ODVV stresses on it being a principle for achieving sustainable development and social justice and for the first time marked this day in Iran.
According to the Small Arms Survey, which is results reflected in the UN’s official reports, it is estimated that there are approximately, 1,13 billion firearms in circulation, among which 857 million are held by civilians; 133 million by military; and 22,7 million by law enforcement. The large number of uncontrolled arms in circulation, in the world, particularly among civilians has caused numerous problems for governments and nations, and the crime rates, conflicts and gender based violence as well as forced migrations have escalated, causing numerous and critical repercussions.
Thus in this sitting the following was reiterated:
- Governments must, in the earliest opportune destroy their surplus small arms.
- Necessary education must be provided to the general public via national medias on how to deal with security issues caused by the use of small arms and how to report trafficking or use of illegal weapons.
- Required facilities and financial support from governments and the UN must be made available to active NGOs so that they can in their capacities take steps towards information dissemination and help control the proliferation of small arms.
- Justice and equality principle of punishment for committed crime must be considered by the courts.
- Support for victims of small arms must be placed in governmental and international organizations’ programmes.
- Special attention must be given by governments courts, hospitals, rehabilitation centres and NGOs to women and children victims of the use of small arms.
- International and intergovernmental cooperation plays a vital role in detecting and investigation of the fight against the illegal small arms trade and its growth. All countries must in accordance with UN regulations stay committed to their commitments for non-proliferation of small arms.
- Women and youths’ participation in all stages of policy making, planning, fight and development of regulations related to the control and destruction of small arms must be considered.
- Academic and scientific researches on the fight against proliferation of light weapons among society and the results of actions taken must be facilitated and promoted.
It must be said that the seventh biannual meeting of states on the United Nations Programme of Action on Small Arms (BMS7) will take place from 26 to 30 July 2021. 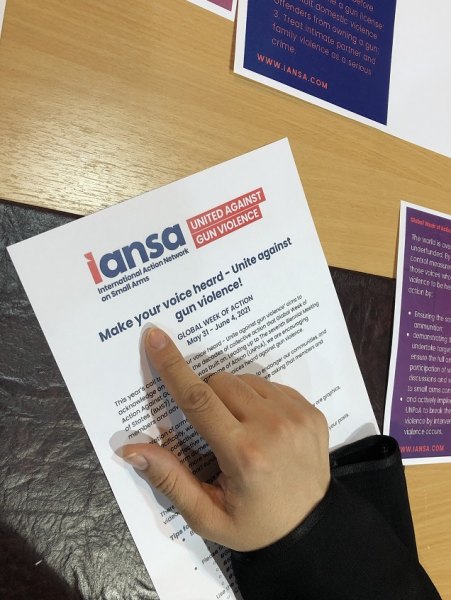 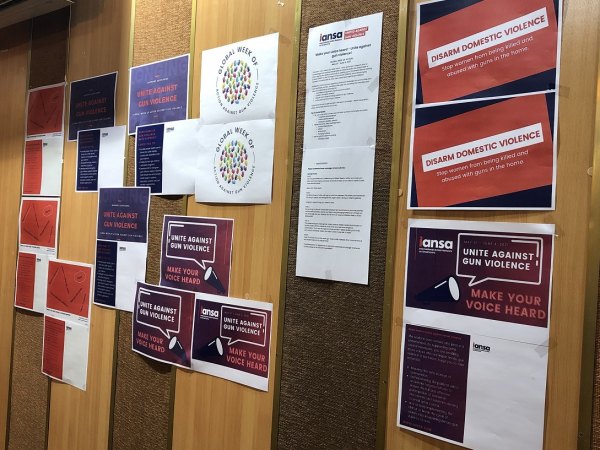 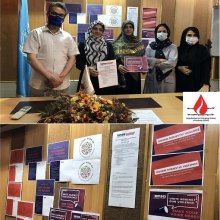 The Statement of 11 NGO's in consultative Status to ECOSOC on the Human Rights Situation in I. R. Iran odvv