On December 9th, 2021, twelve NGOs from various parts of the world, including the Organization for the Defending of Victims of Violence (ODVV), wrote a letter to the UN Secretary-General Antonio Guterres and the UN High Commissioner for Human Rights, Michelle Bachelet, detailing and documenting their protest against Israel's criminal activities in prisons as well as the gross violations of international law and the Third and the Fourth Geneva Conventions on Prisoners of War. The organizations called on the senior UN officials to address the issue and set up an international commission of inquiry to look into the situation of Israeli prisons.
The full text of the letter is as follows:

The UN and Mankind are commemorating Universal Human Rights Day (10 December) while the human rights situation in all countries of the world, particularly Palestinian Occupied Territories is getting worse. Through the Prisons Organization, the Israeli government is gravely violating international law, international humanitarian law, and the Third and Fourth Geneva Conventions with regards to prisoners of war, and is disregarding all international treaties and conventions.
This has made this government to commit crimes which are equal to crimes against humanity, particularly against Palestinian and Arab POWs in prisons, particularly sick captives which takes place through disregarding the health of these individuals and delaying provision of necessary medical treatment. This has resulted in worsening the physical injuries of these individuals.
There are 750 sick prisoners in Israeli prisons and there are a total of 4690 Palestinian prisoners in 23 detention centres. Twenty-three prisoners have some kind of cancer, and 14 prisoners are in what is called Al Ramallah prison hospital full-time (where tests are conducted on them). Eighty-eight patients suffer from various physical disabilities, and 4 with half their body paralyzed.
Dear Secretary-General and High Commissioner for Human Rights
Israel targets the Palestinian prisoners’ movement, where ultimately the number of the martyrs of this movement has reached 72 – due to medical negligence – out of a total of 227 martyrs in prisons since the start of Israel’s occupation. The latest prisoner martyr who will not be the last one, Sami Umour, was a 39 year old from the Gaza Strip. He Israeli custody at Soroka Hospital in the Naqab on 18 November 2021. This, once again proves that the Israeli occupying government is active in the field executions of detainees in prisons. This happens through intentional medical negligence policy used by the management of all prisons. Sami Umour suffered from congenital heart problems and was in poor health conditions, but the Israeli government insisted on him continuing to serve his sentence and neglected to give him medical treatment, so that it would result in his murder. This was a vile crime which is in violation of all international agreements and treaties.
It must be said that he was born on 25 September 1982 and he was from Deir Al-Balah. He and his brother Hamada were detained in an Israeli raid on Gaza Strip on 1 April 2008, and was spending his 19 year prison sentence, and when he died he had already spent 15 years in prison.

Mr. Secretary General, Madam High Commissioner for Human Rights; we ask you the United Nations and the Office of the High Commissioner for Human Rights, the international community and international organizations to swiftly take action in forming an international investigation committee to find out the conditions in Israeli prisons and the recent crime; because this cases the latest in medical crimes where the simplest moral and human standards have not been considered or observed for him. The continuation of international community’s silence towards these crimes within Israeli prisons cannot go on, a country who is the longest serving occupier in the world, having occupied other territories for more than seven decades. Israel is keeping the bodies of four Palestinians the longest of which is Enis Doleh who died in 1980 as a result of Israeli criminal medical negligence, furthermore there are another 254 martyrs buried in what’s known as the “Numbers Cemetery” gnteoing back to the 1960s. also contrary to all religious observations, Israel is keeping more than 81 corpses in morgues, and also refuses to disclose the whereabouts of 68 individuals. As well as all the above mentioned instances Israel has detained 35 women and 180 children and 530 in administrative detention. There are 102 individuals who have been in incarceration for more than 20 years, and some have been in prison for 43 years. Furthermore settlers’ daily attacks against Palestinians, forced migration of Jarah and Salwan neighbourhoods, the Jewfication of Jerusalem, confiscation of the lands of the real owners and prolonged siege of Gaza.
The continuation of violation of international laws by Israel through arrests and administrative detention of hundreds of individuals, the elderly, the corpses of martyrs, are clear violations of the Hague 1907 Convention, Article 17 of the First Geneva Convention 1949, Article 120 of the Third Geneva Convention and Article 130 of the Fourth Geneva Convention, and violation of article 32, 33 and 34 of the Additional Protocol on the Fourth Geneva Convention, article 7 of the International Covenant on Civil and Political Rights, article 2(2) of the UN Declaration on the Rights of Indigenous Peoples, and International Convention on Torture.
What Israel is doing to the Palestinian people such as detentions, torture, siege, imposing hunger, forced migration, demolition of homes, are all against international laws and human principles. Therefore on the Universal Human Rights Day we call upon you and the international community for the international support of the Palestinian people, and release of detainees, especially the sick and elderly. Also dispatching an international medical team for fact-finding, and getting information on prisoners’ conditions, and holding an extraordinary session by the Human Rights Council to review conditions in Israeli prisons, returning bodies, prevent settlers’ acts of terrorism and their violent and racist actions against Palestinians.

9/12/2021
Best Regards,
Mohamad Safa
President of Global Network for the Defense of the Palestinian People
& Founder of Khiam Rehabilitation Center for Victims of Torture 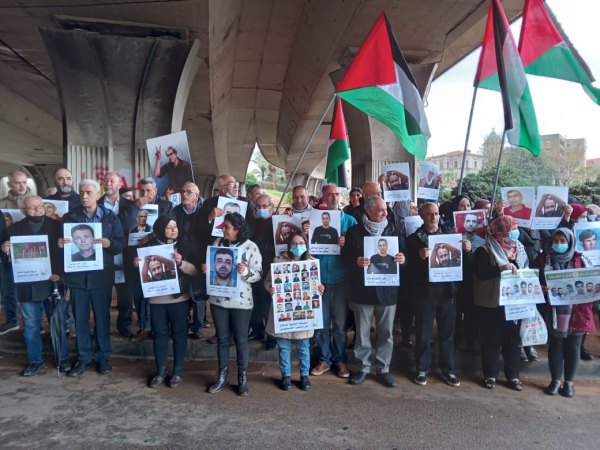 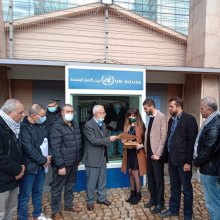